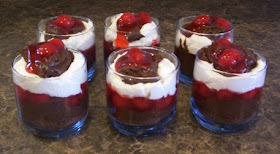 With Valentine's Day in the air, I just couldn't resist glamming up the kid's leftover chocolate cupcakes, for their snack tonight. 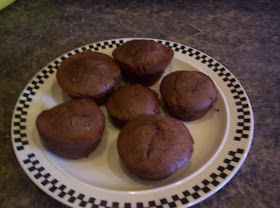 This is an old recipe, I think I originally pulled it off of the back of a box of Jell-O pudding. I used to serve it to company, when I wanted to impress, but didn't have a lot of time. But, I haven't made it in a while (it's a little frou-frou for Montana taste), so it's new to the children.
You start by slicing the tops off of chocolate cupcakes, and placing them into the bottom of small drinking glasses (or any type clear parfait, or dessert dish). 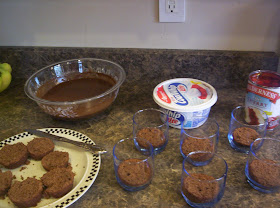 Add a layer of chocolate pudding... 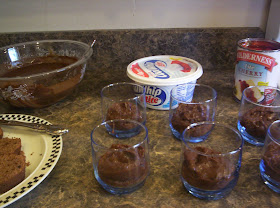 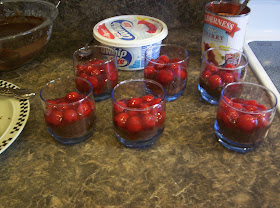 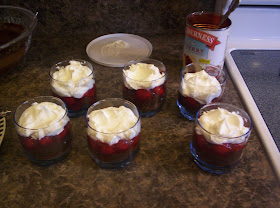 Then, top them off with a final dollop of pudding, and cherries. 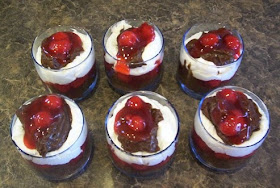 Serve them - and prepare for a round of appreciative oohs and ahs. 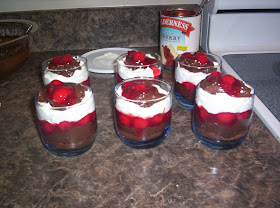 It's great to be a homeschooler.
An Almost Unschooling Mom at 3:59 PM
Share