While listening to our audio books this weekend (I might have reviews ready by next weekend), we had plenty of time to get a jump on February crafting.

The first project we tackled was to recycle cereal boxes into chair backers, to hold the Valentine's I hope the children will make for each other over the next couple of weeks.

First, we cut all except for four inches of the front and sides of the boxes away. 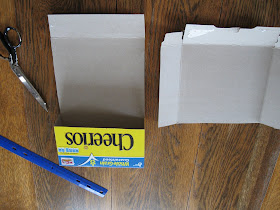 The part that remained intact formed the base of the box, while the long flap was folded and trimmed to become the lid. We found the easiest way to fold the lid was to flatten the box... 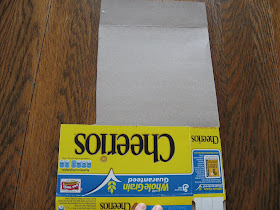 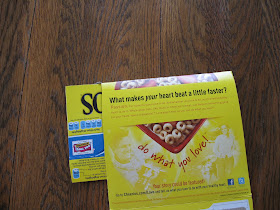 ...then to set the box back up over the folded flap, to mark for the second fold... 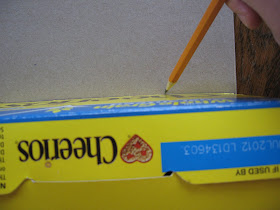 ...which we folded over a ruler. Then, we could trim the long part down to make a nice sized flap for the front of the box. 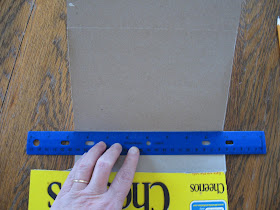 We unfolded the box completely (I've marked in the picture where we folded and trimmed the flap, for clarity), and traced it out on paper... 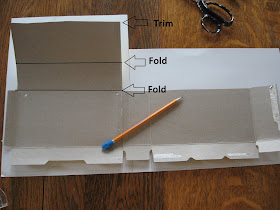 ...to cut and glue onto the cardboard. We reverse folded all the folds before we glued the paper on, so the paper went on over what had been the inside of the box, to keep the printing from showing through. 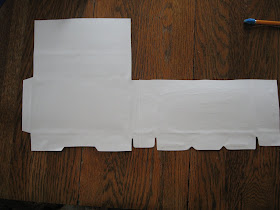 I punched two holes on either side of the top of the back of each box with a hole punch. 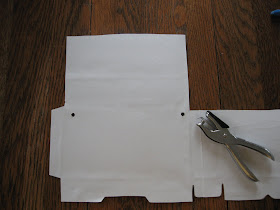 Then we glued and taped, the sides and bottom of the boxes back together. Depending on each child's preference, the lid of their box either tucked in the top... 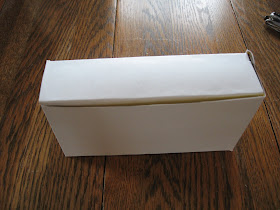 ...or we added stick on Velcro to the front of the box, and the inside of the flap, so it could open and close like a purse. 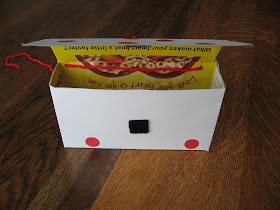 Finally, all that was left was to lace yarn through the holes, for tying the boxes to the backs of the chairs, and adding stickers for decorations. 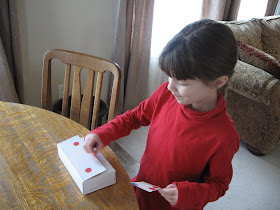 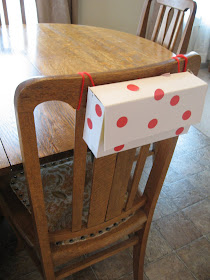 The children had other plans though, and pulled out all of our sticker stash to choose from, as well as crayons and markers - individualizing their boxes. T chose to leave his box undecorated. At 14, he's willing to receive Valentine's from his brother and sisters, especially if they happen to be chocolate, but not to have any part in decorating a frilly-dilly box. 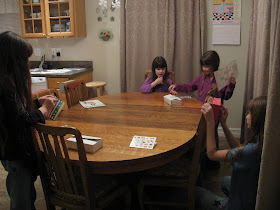 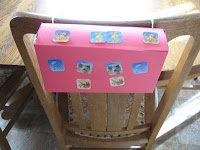 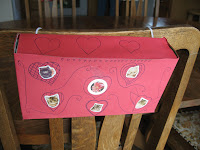 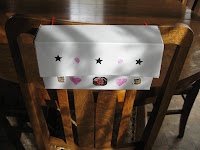 It's great to be homeschooler.
An Almost Unschooling Mom at 6:18 AM
Share