We received Kathryn O. Galbraith's Planting the Wild Garden, from the folks at Blue Slip Media, in exchange for an honest review, and found the picture book, marked for ages 4-8, thoroughly delightful. 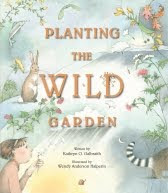 It is a non-fiction story, but wistfully sweet, with beautifully detailed illustrations. The author presents the world as one, large garden, with all of us - the wind, the birds, the animals, the steams, and people, working together to spread the seeds, that plant it.
After reading Galbraith's story, we were inspired to spread some seeds, ourselves. But, of course, it's too early for planting here, yet. 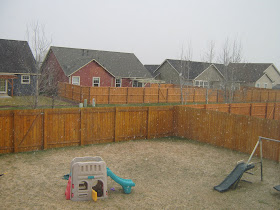 So we did the next best thing, with an idea from How Does She?, and made seed paper flowers, to use later in the spring, when it finally decides to warm up. I gave the girls, construction paper circles, with a spiral design penciled onto one side. 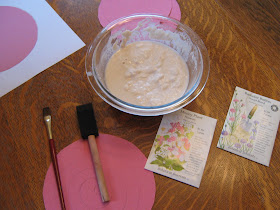 They painted the blank side of the circles with a flour/water paste, made from one cup of flour, and 1 1/4 cups of water. 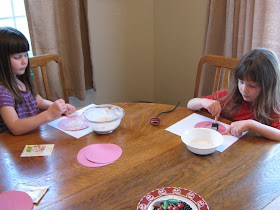 Then, they sprinkled the painted circles with flower seeds (maybe a few too many flower seeds). 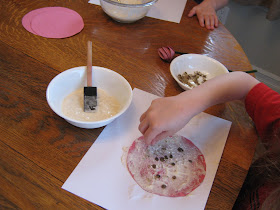 While they were still damp, or about halfway dried, I cut the spirals... 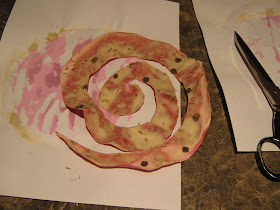 ...and rolled them from the outside in... 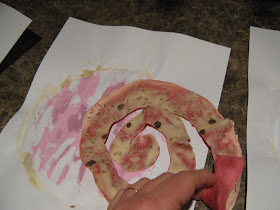 ...tucking the last bit into the center, to hold the blossoms together, without tape or glue, and leaving a small hole... 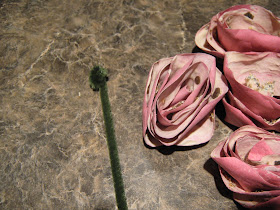 ...to slip a pipe cleaner stem through. In fact, wouldn't that look pretty attached to the front of a Mother's Day, or Easter, or May Day card? 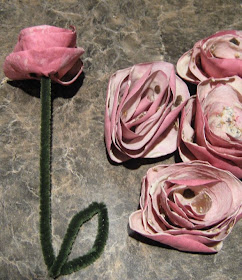 My intention was to stand them, as a centerpiece, in a vase. But, the heads proved too heavy for pipe cleaner stems. They used some kind of heavier wire stems, at How Does She?, which worked well. We found the blossoms are quite lovely just sitting on a glass plate though, so I think we'll stick with that. 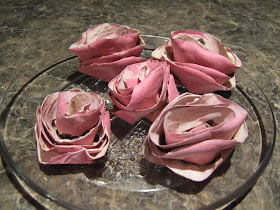 To plant, they just need to be unrolled, placed in the flower garden, sprinkled with dirt, and watered. Then, real flowers will grow, as the paper flowers disintegrate into the dirt.
For more story themed arts, and crafts for children, click over to this week's stART (story+ART) link-up, at A Mommy's Adventures.

It's great to be a homeschooler.