The older children were off at a friend's house, yesterday afternoon, and the younger ones were feeling blue, at being left behind. So, to cheer them up, I read them Victoria Kann's Pinkalicious, and suggested making some "pinkalicious" cupcakes, of our own. 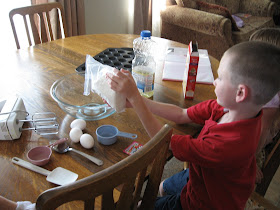 We added a reddish colored, pack of unsweetened, Kool-Aid, to our white cake mix... 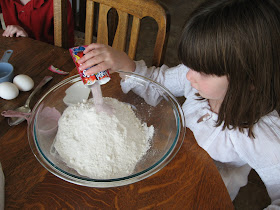 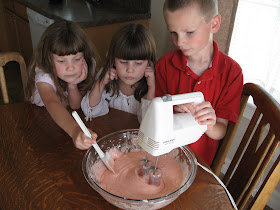 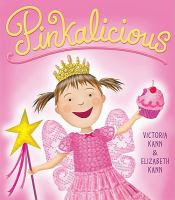 In the story Pinkalicious eats too many pink cupcakes, and turns pink. Her pediatrician prescribes a week of all green foods. Pinkalicious does not care for green foods, and cannot resist sneaking one more pink cupcake, during the night. She wakes in the morning to find she's turned an even darker shade of pink. So dark, in fact, she's no longer pink - she's red. Pinkalicious does not like being red, so she decides to eat her greens after all, and is restored to her normal color, just in time to discover, her brother has eaten the rest of the cupcakes, so he can turn pink, too.

We talked about how adding more, or less white to a color, can create different shades of the same color. Then, we tried it out in reverse with our frosting. I gave each of the children their own small bowl of frosting, and we added one drop of food coloring to the first, two to the second, and three to the third. They mixed them up... 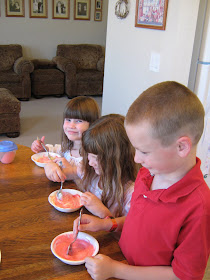 ...and frosted their cupcakes (which turned out kind of a salmon pink, on the outside, and a very bright pink on the inside), with their different shades of pink frosting. 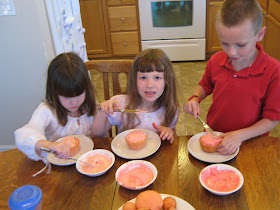 Then, for the final touch, they topped them off with an even darker shade of pink, sugar sprinkles, made by shaking a cup of sugar, with 4 drops of food coloring, in a plastic container, with the lid, securely, on. 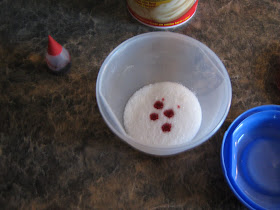 The little ones were tickled pink with their creations, and their older siblings were green with envy when they got home, and found out what they'd missed. 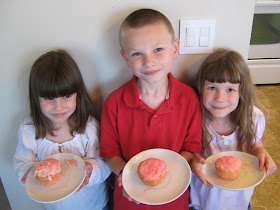 You can find more story stretching arts, and crafts, at this week's stART (story + art) link-up, at A Mommy's Adventures.

It's great to be a homeschooler.
An Almost Unschooling Mom at 6:03 AM
Share