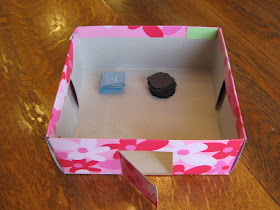 I was working with my oldest son on the distributive property in algebra, last week, and noticed he was still weak on the concept of multiplying negative, and positive numbers.

I never struggled with a negative multiplied by a negative being a positive. If I don't have none, I have some.

But, to make it more concrete, for my son, who is a tactile learner, I set up an exercise, based on an idea from a Canadian teacher, here.

I started by cutting a door in the side of a box. Kind of a girly box, but that's what happens when you have sisters in the house. The door is marked positive, for entering... 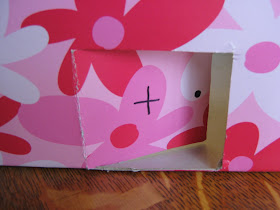 ...and negative for exiting. 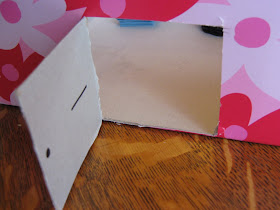 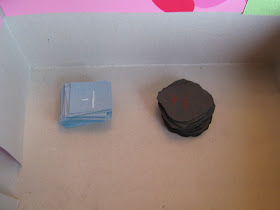 When given a multiplication problem like (-2) x (-3), the negative two means you will exit the box twice. The negative three means each time you exit the box, you will carry out three ice cubes. 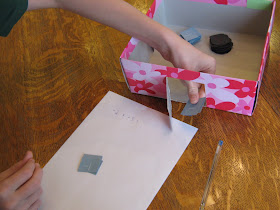 Removing six ice cubes from the box will raise the temperature in the box, six degrees, or positive six. 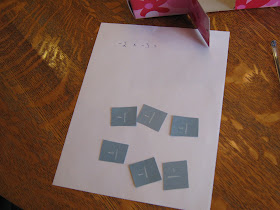 If the problem was (+2) x (-3), you would make two trips into the box, carrying three ice cubes, each time. So, the temperature of the box would get colder by six degrees, or -6.

Really, by the time I had finished explaining the idea to my son, he had the whole concept of multiplying positives, and negatives down, but I think I'll keep the box handy for when we hit equations dealing with division.

I'm linking this to Math Monday at Joyful Learner, where you can find math activities for younger children, as well.

It's great to be a homeschooler.
An Almost Unschooling Mom at 6:40 PM
Share