The Way I Feel - Balloon Craft 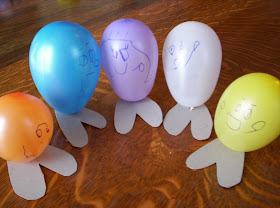 During his "nap time", or afternoon quiet time, he had taken a couple straggling balloons, and drawn faces on them. One was happy, and one was angry. He was having a great time interacting with them. So, after his nap, I blew up several more balloons, so he could explore a wider range of feelings. 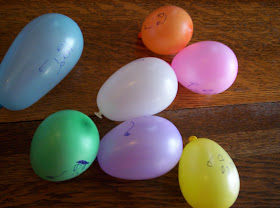 And, I cut some heart shaped feet, out of empty cereal boxes, punching a hole near the pointy end, for the knot of the balloons to fit through. 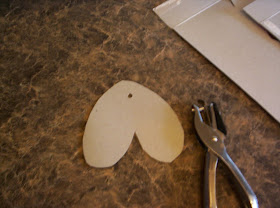 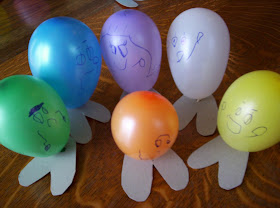 We ended up with happy, sad, angry, surprised, scared, pensive, and some generally silly faces, drawn by the girls, that were whisked away to be played with before I could get their pictures.
I thought we were doing pretty good with pensive, until I picked up Janan Cain's The Way I Feel, to go along with our craft, and we were reminded, through bold, brightly colored, illustrations, and a series of poetic couplets, of silly, disappointed, thankful, frustrated, shy, bored, excited, jealous, and proud. It looks like I'll be blowing up some more balloons. 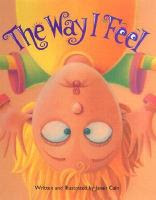 For more story stretching arts and crafts, check out this week's stART link up, at A Mommy's Adventures.
It's great to be a homeschooler.
An Almost Unschooling Mom at 3:08 PM
Share