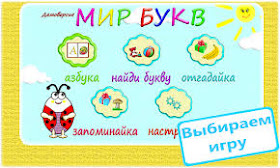 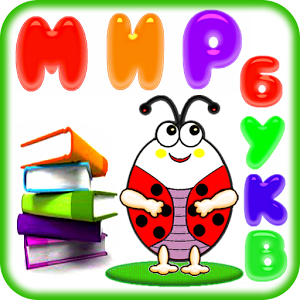 With the exception of Japanese, all of the languages the children have been studying, in our house, have alphabets very similar to our own.  This summer, we've been playing around with some of the other alphabets out there - not to seriously, and really just for fun.

I'm not sure how it works for iPads or iPhones, but Amazon offers a number of free apps for Kindles.  Many of them have advertisements, or offers to buy products within them, but most are just straight forward, extended samples of the games.  They are great for when you just want to play around, or check something, like the Cyrillic alphabet, out.

So, besides alphabets, we've also been working through a number of different apps,  this summer. Which, is how we happened onto ABC. Russian Letters, from ABCgamesoft. 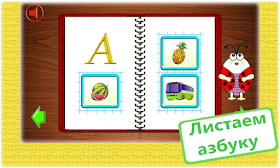 It's a very simple, flashcard style app for the Cyrillic alphabet.  I don't speak Russian, so I can't tell you if the pronunciations are any good or not - but I can tell you, the voice (of the ladybug?) sounds just like a Minion.

It's had everybody in the room laughing, and repeating the words, and letter sounds aloud (a very important, but difficult to encourage step in language learning).

If you're looking to learn the Cyrillic alphabet, or just looking for a fun way to pass some time, and have a laugh, I can highly recommend this app.  I mean really, who doesn't want to speak Russian like a Minion?
An Almost Unschooling Mom at 6:21 PM 3 comments:
Share 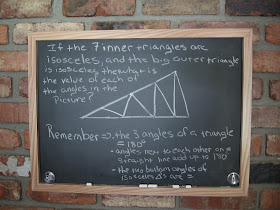 Summer has completely gotten away from me, between the younger girls' continual cycle of church camps and Vacation Bible Schools (this week has been a church-based basketball camp, that they've really enjoyed), and my search for the perfect "text" books for the fall - a fun but completely distracting pursuit for any bibliophile/homeschool mom, and one of the hazards of homeschooling high school students, when the texts become absorbing to teacher as well as (or hopefully for) the students.

This week I've found myself lost in geometry (Head First), 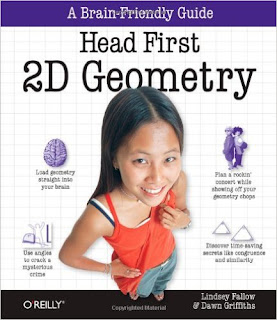 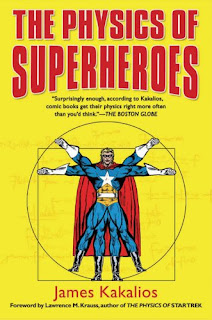 and Die Tribute Von Panem 1. Tödliche Spiele (The Hunger Games in German - for me...not so much for the children, but what a kick). 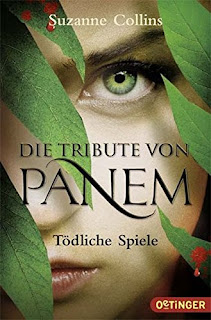 Anyway, while I haven't had a great amount of time left over to post about our summer fun, this year, I have tried to keep up with fun for the children - mainly by proving an endless supply of cookies, scattering games around the house, and keeping fresh puzzles on our board.

I'm especially happy with this week's puzzle - found (with the solution included in the comments - pictured at top of page) at smart-kit.com.  It's a perfect follow up to Dragon Box Elements - more puzzle than math, needing some basic algebra and geometry skills (I provided some hints for my own children - worded with them, rather than proper math rules, in mind), but more thought than anything else. 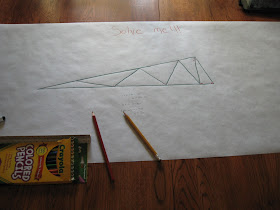 I worked through the problem first - just to be sure it wasn't too hard.  And, to be honest (truth in blogging, you know) had to offer up a milkshake to anyone willing to take on the puzzle... 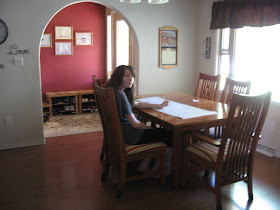 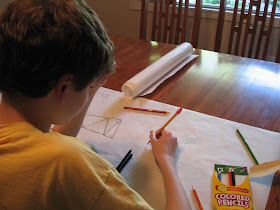 But, since it is summer, and I like milkshakes too - I figured it wasn't a bad trade off for getting to see my teens wrestle through this one.
An Almost Unschooling Mom at 8:27 AM 7 comments:
Share

My second favorite homeschooling tip of all time (you can see my number one, favorite tip -  here) is to spend some time each summer sorting through all your books and supplies BEFORE you buy any new books or curriculum for the fall.

It's amazing how much you forget you have.  And, often times what didn't work before, might work later on.

Don't forget too, that "supplies" include apps, games, and videos you might have downloaded, or stored somewhere in cyberspace.

Sorting through our Kindle apps is how I happened to remember that we had a perfectly good geometry game sitting practically unplayed in our library.  And, wouldn't you know it, three of the teens are going to be working through geometry in the fall.


The last time (about two years ago) we checked out Dragon Box Elements, one of the children had just finished working through a geometry unit, and I had all those postulates and theorems fresh in my head, and found the use of them without any explanation of them in the game, to be frustrating - so I didn't worry too much when the children found it frustrating, and we set it aside.

When I set up a new player, to check it back out, this time though, it had been quite a while since anyone in the house had picked up a geometry text, and the theorems and postulates were fuzzier in my memory.  This time, instead of thinking of geometry, I thought of logic problems - logic problems filled with cute little characters...

...and more information than I needed to solve each problem...

...and trying to work from what I given, to what I knew, to what I needed to know - and it dawned on me, that's exactly the leap that most students struggle to make when they first encounter geometry. And here it was being presented in an entertaining format, that even my 10 year old (playing on easy mode) could grasp.

Naturally, I made everyone play it.  Okay, not made, it's summer after all, and we are almost unschoolers, but encouraged...meaning anyone who wanted to go to see Finding Dory with me while it was still playing at our local theater, needed to hustle their way through to the end of the seventh level (you can't really blame me for not telling them I was already planning on taking them all as a family outing, anyway) - why spoil the fun? And, I think they all did have fun, too.  C and E (ages 10 and 11) played on the easy setting, D and A (ages 13 and 15) on normal, and G (age 17) on hard - I tried all three, and found them all quite enjoyable, and even a little more than challenging, in a few spots. 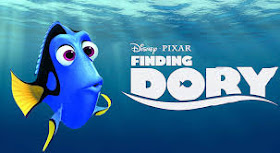 T (age 18) got a free ticket to the movie, because well, I was just so happy he was still willing to be a good sport, and tag along with the rest of us, when I'm sure he would have much rather been seeing some crazy, sci-fi/action flick or other...and, of course, he finished high school geometry, old-school style, some time ago.

Summer Spelling - Icy Alphabet or Spell It Before It Melts


Looking for a way to cool down, and enjoy some summer spelling?  Yes, you read that right.  I typed "enjoy" and "spelling" in the same sentence.

But, this game really is fun - really.

First, you need a set of frozen letters (or two).  If you have an alphabet ice-cube tray, your all set.  If not, letter cookie cutters in a metal cake pan full of water, will do in a pinch, with just a little more prep work. 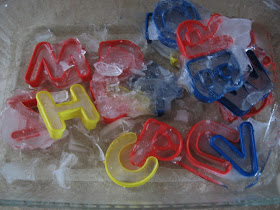 Once you have your ice letters ready, give them to your children, outside (along with an extra sheet of wax paper, or whatever, to set them on), with instructions to make words, using each letter only once, with the goal of using up as many (or all) of the letters as possible - before they melt. 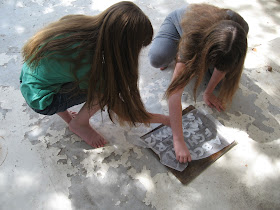 It's an impossible task... 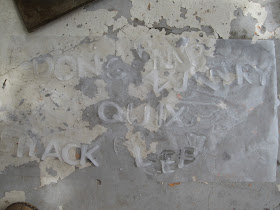 ...but it gets the brain humming, while testing spelling, and providing some fast pace, chilly, silly, slippery, summer fun.
An Almost Unschooling Mom at 3:17 PM 4 comments:
Share 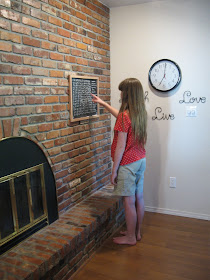 Sometimes things are so simple, they can be easy to overlook.  So, here's a quick reminder - don't forget to take advantage of the 4th of July for simple spelling practice, with a patriotic word search or two. 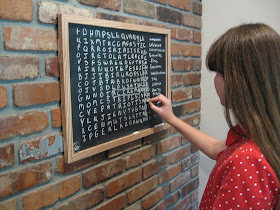 Googling "Independence Day word search" will bring up any number of printable worksheets, and they're great, not only for spelling practice, but also for setting a patriotic mood for the holiday.  Worksheets in the summertime though...well, there's nothing fun about that. 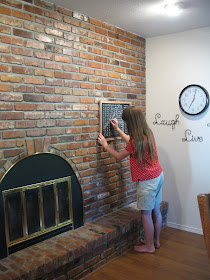 Like I said, it's simple, but effective - and too much fun to overlook.
An Almost Unschooling Mom at 7:01 PM 3 comments:
Share
‹
›
Home
View web version